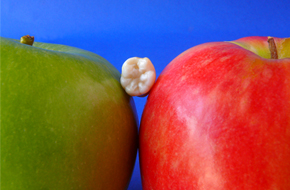 The problem of malnutrition afflicts Canada and much of the developed world. We are among the most overfed, malnourished societies in history and many people are suffering from the resulting chronic diseases. The societal cost in terms of diminished quality and length of life is significant. The economic cost is also considerable, as the vast resources required to treat people with chronic diseases are placing a strain on health care systems worldwide.

In 2000, the US Department of Health and Human Services issued the Surgeon General’s report on oral health,1 which identified several oral–systemic health associations. Among its findings on the oral manifestations of systemic diseases, the report identified a significant connection between periodontal disease and heart disease after adjusting for other known risk factors. Treating oral health and general health as part of the same continuum, the report included a framework of action for improving and promoting oral health.

More recently, the Ontario Dental Association produced a report on tooth decay in children.2 This report made 5 overall recommendations to government, supporting improved access to publicly funded programs and services; the use of fluoride varnish; community water fluoridation; the adoption of a sensitive, reliable screening tool; and the promotion of oral health awareness by the Ministry of Health.

Both of these reports make only a cursory reference to improving people’s diet among their formal recommendations. I believe that good nutrition is a critical aspect of achieving optimal oral and general health and that the dental profession can help improve the oral health of patients by promoting sound dietary lifestyle choices.

Nearly 40 years ago, Professors Thomas Cleave and John Yudkin hypothesized that dental diseases shared a common cause with a number of systemic diseases. The authors suggested that this commonality was a diet high in refined carbohydrates (e.g., drinks and foods with high levels of sugar or white flour). Professor Cleave showed that many diseases he observed in urban Africans were absent in their tribally living kin, including dental decay in early life.3 He suggested that such dental decay was a reliable predictor of obesity, metabolic syndrome, coronary heart disease and other systemic diseases in later life. Recent studies support many of Cleave’s original claims and assumptions regarding the human diet.4 There is also increasing evidence supporting the theory that the human genome is not aligned with the nutritional qualities of our food today.5

While I am not suggesting that we try to eliminate refined carbohydrates from our diets completely, making efforts to reduce the consumption of soft drinks, sugared juices, “energy” drinks and foods with high levels of sugars is both possible and practical.

For some time, governments have been able to influence the public’s behaviour through a mixture of taxes and subsidies. For example, in my opinion the biggest medical breakthrough in recent times is not a new cancer treatment, the CT scan, the MRI or a new wonder drug, but rather increased taxation on cigarettes.6

Could the right mix of taxes and subsidies work to reduce the intake of refined carbohydrates and increase fruit and vegetable consumption in our diets? Of course it could. Would that improve oral health and systemic health? Again, of course. Would vested interests oppose such a tax and subsidy mix? Once more, of course.

Recently, US policy-makers have been debating a proposal that would introduce a federal tax on sugary drinks to help finance reforms to their health care system. Not surprisingly, a beverage lobby group representing such corporations as Coca-Cola, PepsiCo and Kraft Foods has vehemently opposed such a tax.7 It will be interesting to see how this battle between competing interests unfolds.

What Can the Profession Do?

Dietary abuses in Canada and the developed world are endemic. We can increase efforts to mitigate the damage of refined dietary carbohydrates at the professional and individual levels. In its professional educational activities, organized dentistry needs to balance its emphasis on restorative dentistry by putting a greater focus on promoting sound dietary principles. University-sponsored continuing education courses need to offer guidance to clinicians about how to help patients implement healthy dietary lifestyle habits. In its public education activities, the profession needs to promote healthy alternatives to current diets. In its advocacy activities, the profession needs to urge governments to impose stricter regulations on our food supply to ensure greater public safety. The profession could take a leadership role in a campaign against highly refined or processed foods. In their discussions with patients, individual clinicians can include lifestyle intervention counselling aimed at converting dangerous eating practices and habits into healthy ones.

The profession has a record of achievement in public health which it can justly be proud of. In fact, the Centers for Disease Control in the United States listed fluoridation of community water as one of the 10 greatest public health triumphs of the 20th century.8 However, to maintain the respect which society accords dentistry, we must all remain vigilant. All members of our profession must be seen as providing leadership on all matters along the oral health–general health continuum, including promoting a healthy diet low in refined carbohydrates.