Lemierre Syndrome from an Odontogenic Source: A Review for Dentists 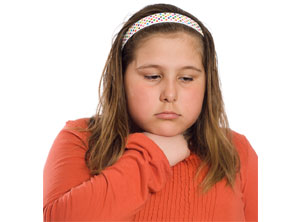 Lemierre syndrome, which can result from a recent oropharyngeal or odontogenic infection, is characterized by clinical or radiographic signs of thrombosis of the internal jugular vein, distant infected emboli and the presence of anaerobic pathogens, usually Fusobacterium necrophorum. The septic emboli resulting from the infected thrombophlebitis of the internal jugular vein give the syndrome its constellation of central nervous system, pulmonary and many other manifestations including septic shock. This condition was so rare that, historically, it became known as the “forgotten disease,” but an increasing frequency of reports indicates that Lemierre syndrome may not be so uncommon.

An article1 published in the Orangeville Banner in December 2009 describes a sad and unfortunate case of an otherwise healthy teenager who suffered postoperative complications associated with the removal of her third molar teeth due to an exceedingly rare condition known as Lemierre syndrome.2 Dentists are well acquainted with many unusual infectious complications of third molar surgery, including Ludwig’s angina, mediastinitis, life-threatening hemorrhage and necrotizing fasciitis.3-5 The intent of this communication is to familiarize dentists with a more obscure but relevant sequela of odontogenic infections.

Necrobacillosis-associated “anaerobic postanginal septicemia” was first described by Lemierre in 1936 and later referred to as Lemierre syndrome.2 At that time, Lemierre published a case series of 20 patients with Fusobacterium-associated pharyngitis, who had a 90% mortality rate.6 With increasing use of penicillin in the 1960s and 1970s, the condition was seldom reported and became known as the “forgotten disease.”6 Unfortunately, over the last 10 years, more than 80 cases have been published. This apparent increase may be related to the less-frequent prescribing of penicillin for tonsillitis, growing antibiotic resistance to beta-lactams and clindamycin7 or increased reporting practices.

Lemierre syndrome is a rare form of disseminated septic thrombophlebitis, which is characterized by superinfection with Fusobacterium necrophorum, jugular vein thrombosis and distant septic emboli.6,8,9 Lemierre syndrome is initiated by an infection of the head and neck region and usually affects young, healthy adults. The palatine tonsils and peritonsillar tissue are the primary sites of infection in most cases, although pharyngitis, parotitis, otitis media, sinusitis, odontogenic infection and mastoiditis have been described as causes of the syndrome.8–11

Pharyngeal infections are the most common initial event in the sequence of Lemierre syndrome due to simple anatomical relationships. The lateral and posterior pharyngeal walls are in an intimate relationship with the carotid sheath, which contains the internal jugular vein (IJV). Septic thrombophlebitis of the IJV develops from local invasion or via the peritonsillar vasculature or lymphatic channels.12 Septic thrombi from dental infections can reach the IJV by spreading posteriorly to the retrostyloid compartment of the lateral pharyngeal space. Furthermore, septic thrombi within the anterior facial vein, pterygoid venous plexus and retromandibular vein may also reach the IJV by way of the common facial vein.

The infected thrombophlebitis in the IJV eventually gives off septic emboli that lodge within the pulmonary vasculature before causing abscesses within other organs. This can occur within 1 week of onset of symptoms.13 Micro-abscesses in the joints, liver and kidneys have also been described.14,15 Thus, a wide range of clinical presentations is possible.13 Furthermore, should retrograde flow of emboli from the IJV to the central nervous system occur, neurologic deficits secondary to a space-occupying brain abscess or meningitis may ensue.16 Hypotension and septic shock can eventually result from the bacteremia. Of interest, edema of the ipsilateral scalp over the temporal region can develop due to impaired venous drainage through the obstructed IJV. This could be one of the clinical signs heralding Lemierre syndrome.

The symptoms of Lemierre syndrome vary from person to person, but most patients present with high fever and rigors within 1 week of the onset of a sore throat.7 When a parapharyngeal space infection and thrombophlebitis of the IJV develop, signs and symptoms include pain and swelling or induration at the angle of the jaw and along the sternocleidomastoid muscle, sometimes with associated trismus and dysphagia.11 Subsequently, bacteria can spread via the hematogenous route to other organs as described above. The traditional sequence of events in Lemierre syndrome is depicted in Table 1.

Table 1 Sequence of events and salient features of Lemierre syndromea

Septic emboli in the lungs occur in 79%–100% of cases and are commonly accompanied by cough, dyspnea, pleuritic chest pain and hemoptysis.7 Septic arthritis, arthralgias and osteomyelitis may also be seen, although less frequently now than in the pre-antibiotic era. Hepatomegaly and splenomegaly are common; however, frank hepatic and splenic abscesses are rare. Mild hyperbilirubinemia with jaundice and a slight elevation in liver enzyme levels are found in many cases.7,11 Acute renal insufficiency may result from dehydration-related hypovolemia and sepsis.11 Some patients have soft tissue abscesses and cutaneous pustular lesions as a complication of F. necrophorum sepsis.

By far the most commonly isolated organism in Lemierre syndrome is F. necrophorum.17 It is a gram-negative, obligate anaerobic, non-spore forming bacillus, which is part of the normal oral and pharyngeal flora. Other documented pathogens of Lemierre syndrome are Fusobacterium nucleatum, Eikenella corrodens, Bacteroides species and anaerobic streptococci.11,14,18,19 Anaerobic microorganisms gain access to deeper tissues when an imbalance in the microfloral ecosystem exists: for example, when aerobic or mixed infections are inadequately eradicated or when breaks in the mucosal barrier exist. Gram-negative species can produce bacterial toxins, such as lipopolysaccharides, which in turn incite white blood cells to release cytokines and inflammatory mediators, locally as well as systemically.

Most advanced odontogenic infections are mixed and, if left untreated, the anaerobes thrive. These bacteria possess the ability to erode tissues and can readily lead to vascular thrombi by activating coagulation locally.20 Kallikrein, expressed during inflammatory states, is an activator of Hageman factor (Factor XII), which in turn initiates the intrinsic pathway of the coagulation cascade.20 Among other toxins, F. necrophorum produces hemagglutinin, which precipitates platelet adhesion and aggregation, paramount to the development of widespread septic microemboli.6,21,22 Bacterial heparinases are unlikely to participate in the pathogenesis of thrombophlebitis in Lemierre syndrome as most oropharyngeal anaerobes do not express this ground-substance degradative enzyme.23

Timely diagnosis of Lemierre syndrome is challenging. It is largely dependent on unveiling the history of the current illness. If a persistent sore throat, dysphagia or a recent tonsillar or dental infection is reported, practitioners are cautioned to include Lemierre syndrome in the differential diagnosis.

Cultures of blood or infectious foci are required to confirm the diagnosis of Lemierre syndrome. However, growing anaerobic pathogens, including F. necrophorum, in vitro is a technique-sensitive and unpredictable process that may take over a week to yield results.11

Other nonspecific laboratory findings are leukocytosis and an elevated C-reactive protein level.9 The platelet count may reveal thrombocytopenia as platelets become consumed excessively in the formation of numerous microemboli, a finding not too dissimilar from that of disseminated intravascular coagulation.

Screening for thrombosis of the IJV may be quickly accomplished using ultrasonography; however, a computed tomography (CT) scan with contrast is more sensitive for identifying this entity.11 A chest radiograph and CT scan may show a pleural effusion, nodules, infiltrates or micro-abscesses when the common pulmonary symptoms noted in the clinical presentation section are evident.

Successful management of a complex condition, such as Lemierre syndrome, relies on knowledge of the condition, its prompt diagnosis and soliciting the help of a multidisciplinary team. Advanced dental infections should be treated aggressively. This usually entails surgical drainage and intravenous antibiotics. Gram staining, culture and sensitivity testing of persistent space abscesses should be obtained routinely to guide appropriate antimicrobial coverage. In a patient with constitutional signs and symptoms of infection, if an oropharyngeal or dental source is absent there should be a low threshold for referral to a tertiary care centre where advanced imaging and microbiological analysis are readily accessible. Appropriate anaerobic coverage should be promptly instituted if gram staining shows gram-negative bacilli. Extended-spectrum penicillins (with a beta-lactamase inhibitor, clavulanic acid), third-generation cephalosporins, penicillin plus metronidazole or clindamycin are first-line agents. The required duration of administration of these chemotherapeutics ranges from 4 to 6 weeks for resolution of the metastatic infection. Focal abscesses seeded in various organs may require percutaneous drainage. Currently, reported mortality rates range from 0% to 18%, even with prompt medical treatment.24 Clearly, the mortality rate rises if antimicrobial therapy is delayed.

Because Lemierre syndrome is either rare or simply not thought of, it has inherited the nickname “forgotten disease.”25 However, when an obvious cause of sepsis is not apparent, astute front-line clinicians, usually family practitioners, emergency room physicians and dentists, must consider Lemierre syndrome as a possibility and make the effort to elicit a history of pharyngitis, tonsillitis or even dental infection.