Is there a "safety zone" in the mandibular premolar region where damage to the mental nerve can be avoided if periapical extrusion occurs?

Cite this as: J Can Dent Assoc 2010;76:a61
Topics:
adverse reactions / radiology / endodontics

The mandibular premolars are located close to the mental foramina (Fig. 1). As such, various events affecting these teeth, such as odontogenic infection1 and orthodontic, endodontic, periodontal or surgical misadventure, may result in neurosensory disturbance of the mental nerves.2-4 In one retrospective study, the incidence of mental paresthesia resulting from periapical infection or pathology was 0.96%. In another 0.24% of cases in the same study, mental paresthesia was a complication of root canal treatment (caused by severe overfill in one case and iatrogenic perforation of mechanical instrumentation through the root and into the mental nerve in the second case).1 The incidence of mental paresthesia resulting from orthodontic, periodontal and surgical misadventure cannot be determined but is presumably low, as most such cases have been reported as individual case reports.

In endodontology, elimination of infection from the pulp and dentin followed by adequate intracanal preparation and proper sealing constitute the basic principles of root canal treatment. Ideally, mechanical preparation and filling should be limited to the root canal, as overinstrumentation or extrusion of chemical fillings beyond the apical foramen to the adjacent nerve may give rise to neurosensory disturbances such as anesthesia, paresthesia or dysesthesia.5 Unfortunately, cases of endodontic extrusion of various filling or irrigation agents continue to be reported, despite recent advances in endodontology.

Neurosensory Disturbance in Relation to the Premolars

Neurosensory disturbance caused by dental diseases or procedures, as described above, occurs because of the close proximity of the mandibular premolars (especially the second bicuspid) to the mental foramina (Fig. 2). To avoid causing such disturbance during dental procedures, the practitioner must be aware of the location of the mental foramina, for example, by palpation or radiography. However, the mental foramen may not be evident with routine periapical radiography if it is below the margin of the film. 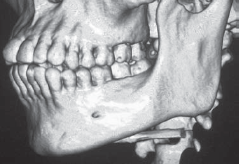 Figure 1: Three-dimensional computed tomography scan showing the relationship
between the premolar teeth and the mental foramen. 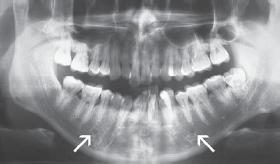 Figure 2: Panoramic radiograph showing the relationship between the mental
foramina and the mandibular premolars.

Figure 3: Panoramic radiograph showing bilateral
mental foramina at the apex of the mandibular second premolars.
The appearance mimics that of a periapical lesion.

Given this variability in the location of the foramen relative to the apex, it seems that there is no "absolute safety zone" in the premolar region where damage to the mental nerve can be avoided if the accidental extrusion of endodontic files and materials occurs. It must also be borne in mind that the studies and measurements described above involved patients with normal mandibles (i.e., without pathosis). The presence of apical periodontitis resulting in destruction of bone or the presence of a radicular lesion, such as a cyst, would further erode the bone that protects the mental nerve.

In the clinical setting, if the apical seat is not well prepared or the apex is not completely formed, it is easy to extrude a small-diameter file or any irrigation or filling materials beyond the apex. The first premolars seem to have sufficient space to compensate for such an error, as they are usually located further away from the mental foramina. Even so, it should be remembered that as many as 15.4% of mental foramina are located at the apical level of the first premolars.6 Therefore, each case must be assessed individually. If the dentist suspects close proximity of these structures, it is suggested that 2 periapical radiographs, at different angles (parallax technique), be obtained to ascertain the exact relationship of the premolars to the mental foramina. The presence of a via falsa and a large periradicular cyst should be ruled out by periapical radiographs before any endodontic treatment is started. The routine use of a good apex locator will also help to avoid extrusion of files beyond the apex.

Dentists fulfill their obligation to protect patients from harm by ensuring a good understanding of the proximity of the mental foramina to the premolar teeth before undertaking any treatment in this region of the mouth.