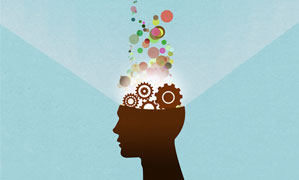 I wish to thank Dr. Barbeau for bringing a refreshing perspective to the topic of infection control. He correctly identifies the inherent dangers in using the precautionary principle to justify infection control recommendations—an unfortunate approach that the dental profession has embraced enthusiastically.

I agree with Dr. Barbeau that conclusions should never be made unless supported by pertinent information. Dr. Barbeau stresses that he is “merciless in the application of this rule.” Unfortunately, he ignores his own advice by assuming that the proven value of cleaning and sterilizing endoscopes justifies sterilizing handpieces. Surely this is an example of an affirmation that is not supported by the data. Even more galling, Dr. Barbeau makes the claim without attempting to find reliable clinical studies on the efficacy of handpiece sterilization.

According to Dr. Barbeau, science is not about truth but about facts. However, to most individuals, science and truth are synonymous. If something is labelled as a scientific fact, most would deem it to be true beyond a reasonable doubt. Dr. Barbeau should have noted that the hallmark of science is its inherent ability to progress by constantly challenging its theories—even if that means incurring the wrath of the guardians of conventional wisdom. A prime example of such a challenge was Semmelweis’ opinions on handwashing, which were considered professional heresy by his colleagues in the 1800s.

Response from the Author

I would like to thank Dr. Hardie for his valuable and critical input into the infection control debate. He clearly fits the definition of a wise man, referred to in the final citation in my article. Dr. Hardie’s comments allowed me to reflect upon my text and its implicit messages. After careful consideration, I came to the conclusion that I was not guilty of contradiction, as accused by Dr. Hardie. But I admit that perceptions matter and can impact infection control policies.

Perception of risk is certainly influenced by which end of the dental handpiece we are facing. While individual perception of risk cannot be reduced to cold statistical calculations, it is most certainly based on some facts. Be it an endoscope or a dental handpiece, body fluids can contaminate these multipart medical instruments. This has been shown convincingly to my mind, regardless of which end of the gastrointestinal tract is involved! The fact that this was demonstrated in a laboratory and not a real-life clinical setting is irrelevant to the discussion.

The absence of any documented infection traced to a sloppy “decontamination” job is also irrelevant. Invisible microbes can lurk in the internal parts of an instrument and can rear their ugly heads unexpectedly. This is a fact. I cannot prove with certitude that this fact will have dire consequences. Nobody can. But given the aforementioned dry lab-based fact, I would not like someone to stick a not-so-clean handpiece in my mouth because his or her tolerance to risk is higher than mine. This is another fact. It is also a reasonable “doh-si-doh” in the square dance of science. Waiting for clinical proof of such a concept would hardly be acceptable.

I certainly do not reject the precautionary principle. It is a valuable insurance policy, when used wisely. This was one of my arguments, although I may not have made the point crystal clear. Another argument was to question the usefulness of daily spore testing, an objection which I maintain for the reasons already mentioned.

As for Dr. Hardie’s statement that science progresses because it constantly challenges its theories in spite of entrenched views, I could not agree more. Poor Ignaz Semmelweis fought his way to madness by trying to sell the importance of handwashing to a community of skeptics. Too many women and babies died before handwashing was finally adopted after years of scientific to and fro. Semmelweis could not directly prove that jumping directly from performing autopsies to delivering babies, with no sanitary stop in-between, caused deadly infections. But it was a fact that a simple, low-cost, handwashing step was associated with a significant reduction in loss of life. Had the precautionary principle been known and accepted in the 19th century, many lives would have been saved, even as heated exchanges were raging. Science took note of this and acted accordingly. Of course, the dental handpiece paradigm cannot be compared (at least in terms of magnitude) to this dramatic episode in the history of medicine.

Facts can and must be challenged if there is good reason to believe there was a flaw in obtaining them. Just as there should be a separation between belief and science, there should be a distinction between rightful doubt and set-in-stone certitude. Absence of proof is not proof of absence.