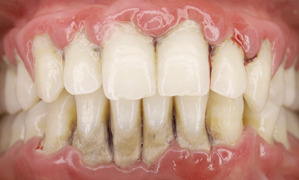 Objective: To assess the clinical benefit of either metronidazole and amoxicillin or doxycycline administered immediately after completion of full-mouth scaling and root planing (FRP) for treatment of generalized aggressive periodontitis.

Methods: Patients, 18 to 40 years of age, referred to the Karadeniz Technical University department of periodontology between January 2009 and September 2009 were randomly chosen for inclusion in the study if radiographic examination showed they had ≥ 20 teeth, clinical attachment loss and a probing pocket depth (PPD) ≥ 6 mm at 2 sites in ≥  12 teeth, ≥ 3 of which were not first molars or incisors. Patients were divided into 3 groups and received FRP alone, FRP combined with metronidazole and amoxicillin, or FRP combined with doxycycline. PPD, clinical attachment level, gingival index, gingival bleeding index and plaque index values were measured at baseline and 2 months after treatment.

Results: Thirty-eight patients with untreated generalized aggressive periodontitis participated in the study. In all 3 groups, the periodontal index values 2 months after treatment were significantly lower than baseline values (p < 0.05). Values for PPD and clinical attachment level were more improved in the antibiotic groups than in the FRP group, and more improved in the metronidazole and amoxicillin group than in the doxycycline group (p < 0.05). However, no statistically significant intergroup difference was observed in the other clinical parameters (p > 0.05). Systemic use of metronidazole and amoxicillin or doxycycline was clinically superior to FRP for reducing PPDs ≥ 7 mm (p < 0.05).

Conclusion : Treatment of generalized aggressive periodontitis with FRP alone or FRP combined with systemic antibiotics provided significant clinical benefits that reduced the need for periodontal surgery. Both antibiotic treatments had additional clinical benefits over those of FRP alone.

Generalized aggressive periodontitis (GAP), a special form of periodontal disease, results in early tooth loss since it is characterized by episodic and rapid destruction of periodontal tissues.1 Patients with GAP display an inadequate host response to periodontopathogenic bacteria because of the increased expression of a wide variety of immunologic and genetic risk factors.2,3 This complex interaction between host risk factors and periodontal microflora causes extreme sensitivity to periodontal disease. Additionally, certain environmental factors, such as psychosocial stress and smoking, may speed the formation and progress of aggressive periodontitis.1-6

Systemic antimicrobial treatment is widely used in the treatment of periodontal disorders to eliminate periodontal infections caused by Aggregatibacter actinomycetemcomitans, which invades subepithelial tissues and other important periodontopathogenic bacteria.8 In various forms of periodontal disease, the use of systemic antimicrobials in combination with SRP has superior clinical and microbial results to those of SRP alone.6,9-16 In particular, combinations of amoxicillin and metronidazole or doxycycline with mechanical treatment have effectively resolved the periodontal inflammation found in patients with GAP, eliminating various periodontopathogenic bacteria and maintaining a noticeable improvement in clinical parameters.6,9,11,15-23

In this study, we assessed the short-term clinical results for the use of metronidazole and amoxicillin or doxycycline application immediately after FRP to treat patients with GAP.

Participants were randomly chosen from patients referred to the Karadeniz Technical University, faculty of dentistry, department of periodontology, for periodontal problems or for routine periodontal visits between January 2009 and September 2009.

The patients were clinically and radiographically evaluated for GAP according to the criteria accepted by the American Academy of Periodontology in 1999.33 Patients were included if they were between 18 and 40 years of age, had ≥ 20 teeth, and showed clinical attachment loss and a probing pocket depth (PPD) of ≥ 6 mm at ≥ 2 sites in ≥ 12 teeth during the screening examination. At least 3 teeth other than the first molars and incisors had to be involved. Exclusion criteria were pregnancy, lactation, allergy to medications used in the study, use of antibiotics or anti-inflammatory drugs in the previous 6 months, a history of systematic periodontal therapy, and any condition requiring premedication before dental treatment. Information about participants' smoking status, age and sex were also recorded.

As required by the Declaration of Helsinki, participants were informed about the study and their written informed consent was obtained.

After recruitment, participants were assigned to 1 of 3 groups: the metronidazole and amoxicillin (Met + Amo) group, the doxycycline (Dox) group, or the FRP group. All participants underwent a hygiene phase that involved supragingival scaling and polishing, and were instructed in proper oral hygiene. These sessions were repeated until sufficient plaque control (a plaque index34 of < 30%) had been established, at which point the patient qualified for baseline examination. After satisfactory mouth hygiene was achieved, participants in all groups underwent FRP, which was completed in 1 session.

Clinical parameters for all teeth present were measured at baseline and 2 months after treatment (Fig. 1a–1c). PPD, clinical attachment level (CAL), gingival index,35 gingival bleeding index36 and plaque index34 were measured to identify the periodontal status of each participant. PPD values were classified as shallow (PPD ≤ 3 mm), moderate (PPD 4–6 mm) or deep (PPD ≥ 7 mm). Full-mouth periapical radiographs were taken to determine the level of periodontal bone loss for each participant (Fig. 1b). PPD and CAL were measured at 6 sites of each tooth (mesial, median and distal points at buccal and palatal aspects) with a Williams periodontal probe (Hu-Friedy, Chicago, IL). 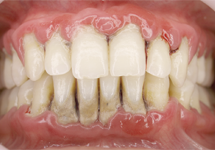 Figure 1a: Baseline clinical appearance of a 26-year-old patient. 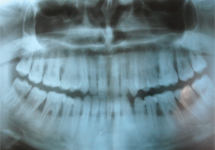 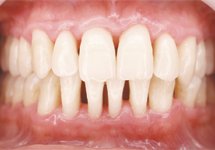 Figure 1c: Clinical condition at 2 months after the application of full-mouth scaling and root planing combined with metronidazole and amoxicillin.

To evaluate any differences between the Met + Amo, Dox and FRP groups at baseline and 2 months after treatment, the Kruskal-Wallis test was used. In the variables that differed, paired group comparisons were made with the Mann-Whitney U test with Bonferroni adjustments. The Wilcoxon signed rank test was used to determine any within-group differences between the values for baseline and second month after treatment. P values < 0.05 were considered statistically significant.

Although baseline periodontal index values were not significantly different among the 3 groups, the PPD and CAL values at 2 months after treatment were more improved for the antibiotic groups than for the FRP group, and more improved for the Met + Amo group than for the Dox group (p < 0.05; Table 2). However, no significant difference was found among the groups for other clinical parameters (gingival index, gingival bleeding index, plaque index; p > 0.05; Table 2). Within-group assessments showed that the periodontal index values at 2 months after treatment for all 3 groups were significantly reduced compared with baseline values (p < 0.05; Table 2). 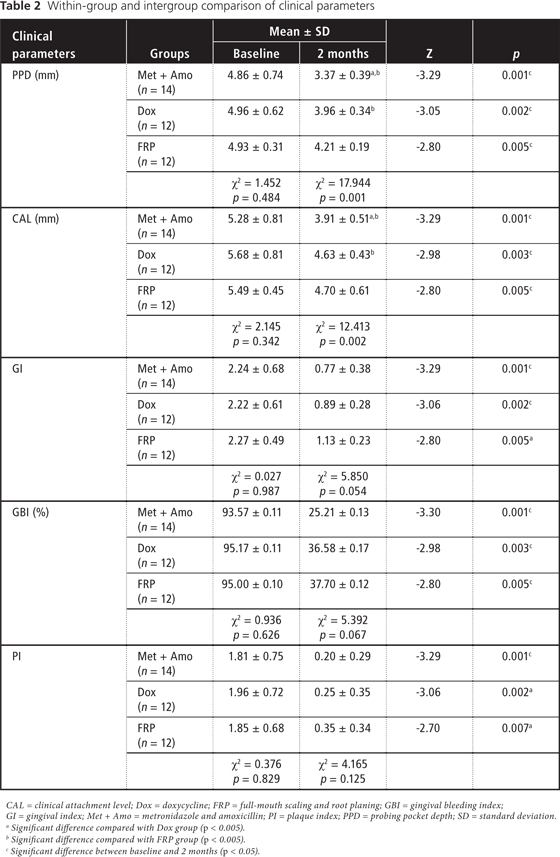 Evaluation of intergroup PPD values at baseline and 2 months after treatment showed that shallow PPD regions (≤ 3 mm) had increased significantly for the antibiotic groups compared with those for the FRP group; no intergroup difference was detected in moderate (4–6 mm) PPD regions (p > 0.05; Table 3). More reduction in the deep (≥ 7 mm) PPD regions was observed for the antibiotic groups than for the FRP group, and for the Met + Amo group than for the Dox group (p < 0.05; Table 3). Within-group assessments for the antibiotic groups showed an increased number of shallow PPD regions and a decreased number of deep PPD regions (p < 0.05); the number of moderate PPD regions decreased only for the Met + Amo group (p < 0.05) and did not change for the Dox group. No significant difference in shallow, moderate and deep PPD values was found between baseline and 2 months after treatment for the FRP group (p > 0.05; Table 3). 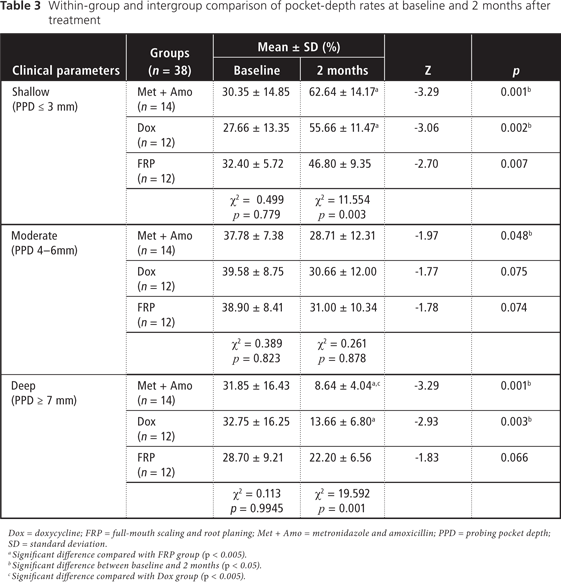 Participants reported no side effects related to the use of antimicrobial agents.

Although no significant difference among groups was observed in baseline values in the current study, the values for all clinical periodontal parameters for all 3 groups decreased 2 months after treatment. These results demonstrated that all 3 groups experienced clinical benefit from their treatment. However, the antibiotic groups had superior PPD and CAL values to those of the FRP group, and these values for the Met + Amo group were clinically superior to those for the Dox group.

For patients with GAP, metronidazole and amoxicillin, and doxycycline alone are thought to be the most appropriate antimicrobials to be combined with mechanical treatment.6,11,15,16,19-23 Researchers22,23 report that for treatment of aggressive periodontitis, both antibiotic regimens are clinically successful, and A. actinomycetemcomitans is eliminated by the 30th day; however, they argue that potential side effects and allergic conditions need to be considered in treatment selection. Additionally, researchers6,37 have demonstrated that the metronidazole and amoxicillin combination should be the first option for antimicrobial treatment of GAP. Various studies6,11,15-17,19-21 have pointed out that this combination is clinically and microbially superior to mechanical treatment and other antimicrobials. Guerrero and colleagues19,20 showed that a combination of mechanical treatment with metronidazole and amoxicillin effectively resolves inflammation in patients with GAP, and 7-day systemic use resulted in significant improvement in the second-month clinical parameters. Xajigeorgiou and colleagues 11 demonstrated that the use of metronidazole and amoxicillin resulted in a noticeable decrease in the levels of A. actinomycetemcomitans, Porphyromonas gingivalis, Tannerella forsythia and Treponema denticola in patients with GAP, whereas the effect of doxycycline on these microorganisms remains controversial. For this reason, it is not an appropriate treatment option for this patient group. The finding of the current study that the metronidazole and amoxicillin combination was more effective than doxycycline or FRP alone was consistent with the short-term results of these studies.

In all 3 groups in this study, shallow PPD values (≤ 3 mm) increased in the second month after treatment, whereas deep PPD values (≥ 7 mm) decreased in the antibiotic groups; this decrease was more noticeable in the Met + Amo group. The clinical superiority of metronidazole and amoxicillin for reducing deep-pocket regions was also observed in previous studies.6,11,13,19-21 The decrease in deep PPD values is thought to be due to the effect of this medicine combination on periodontopathogens.6,11,19 The decrease in PPD prevents the progress of this disorder and effectively protects and maintains periodontal health.6,11,19 The findings of the current study are consistent with those of these studies and showed that the metronidazole and amoxicillin combination decreased the need for surgical intervention. In addition, in this study, a significant decrease in deep PPD values in the Dox group was also observed, which also reduced the need for surgery in this group.

In recent years, the use of FRP in combination with antimicrobials has become a contemporary treatment approach. This method, in which FRP is done within 24 hours in either 1 or 2 separate sessions, is used to prevent periodontopathogens contaminating healthy areas.24 Although FRP is not particularly better than conventional SRP (i.e., quadrant root planing) clinically or microbiologically, FRP has some advantages, such as enabling the use of antimicrobials immediately after its application and decreasing the number of treatment sessions.14 The results of this study, which was planned after consideration of the superiority of FRP to other methods, show that this treatment approach may be used for patients with GAP, whose treatments can be long and difficult. Nevertheless, our results were obtained after a short period of time (2 months). Because of intense periodontal destruction and ethical concerns, such as the FRP-group (control-group) participants' need for antimicrobial treatment, the study period was limited to 2 months. Results of recent studies11,20,23 support this short study period: they found that the clinical and microbiological activity of additional antimicrobial treatments become apparent from the 30th day.

In conclusion, the combination of FRP with either metronidazole and amoxicillin or doxycycline resulted in a pronounced improvement in clinical parameters. Two months after treatment, the number of shallow periodontal pockets increased, the number of deep periodontal pockets decreased, and the need for surgical periodontal treatment decreased. According to these early results, FRP in combination with either metronidazole and amoxicillin or doxycycline may be an appropriate treatment option for patients with GAP when intense periodontal destruction is observed. However, more comprehensive and long-term studies that observe clinical and microbiological activity together are also necessary.

Acknowledgements: We thank Dr. Bora Bagis for his assistance with preparation of the manuscript.