Should Antiplatelet and Anticoagulant Medications Be Discontinued before Minor Oral Surgery Procedures? 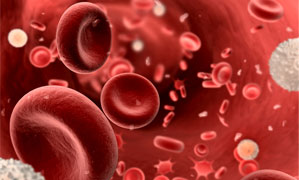 Thromboembolic events are among the major causes of mortality and morbidity.1 To decrease the incidence of such events, physicians prescribe one or more antithrombotic medications for patients at risk. These medications include antiplatelet agents, fibrinolytic drugs and anticoagulants.1 Patients taking antithrombotic agents occasionally require minor oral surgery. In this article, we offer dentists guidelines for managing such patients.

Although antiplatelet drugs can double bleeding time, this time may remain within or just above the normal limit2 and, thus, have no clinical significance.

ASA achieves its antiplatelet effect by inhibiting cyclooxygenase 1 (COX-1), preventing the formation of prostaglandin H2 and thromboxane A2. Thromboxanes are responsible for platelet aggregation.3

Although some dental clinicians ask their patients to stop ASA days before a minor oral surgery procedure to prevent potential bleeding, studies have shown that stopping low-dose ASA (75–100 mg) is unnecessary. In most cases, postoperative bleeding experienced by patients taking ASA does not differ from that in patients not taking ASA.4-6 In addition, one study has shown that there is no need to stop higher doses of ASA (325 mg) when performing single tooth extractions.6 Therefore, stopping low-dose ASA (and in certain cases higher doses) as a routine practice before minor oral surgery procedures should be abandoned. In fact, stopping ASA may create a higher risk of an adverse event (e.g., acute coronary event) than the potential risk of intra- or postoperative bleeding.7

Clopidogrel works by inhibiting the ADP receptor (P2Y12),8 and is prescribed when ASA is contraindicated, e.g., due to allergy, ASA intolerance or gastric ulceration.9 For some medical conditions, clopidogrel is combined with ASA to prevent blood clot formation, e.g., in the period after coronary stent placement when there has been previous ST-segment elevation myocardial infarction.8,10

Studies have shown that clopidogrel does not predispose a patient to excessive bleeding intra- or postoperatively.11 On that basis, we suggest that these medications not be discontinued before a minor oral surgical procedure.

Nonsteroidal anti-inflammatory drugs (NSAIDs), such as ibuprofen, reversibly inhibit cyclooxygenase and, thus, have some role in prolonging bleeding.11 However, such drugs are not used for their antithrombotic action.12

Heparin anticoagulation therapy is used to treat and prevent venous thromboembolism.13 Both unfractionated and low-molecular-weight heparin are used, although the latter has become the standard of treatment because of its superior properties and fewer side effects.13,14 Heparin acts as a cofactor in activating antithrombin, which, in turn, acts on factors II (thrombin) and Xa to prevent coagulation.14 For patients taking heparin who require a minor oral surgery procedure, studies have shown that there is no need to stop or alter their heparin therapy.15

Warfarin, an oral anticoagulant, is used to prevent arterial thromboembolism among patients with atrial fibrillation and those with prosthetic heart valves.16 Patients at risk of deep venous thrombosis and pulmonary embolism are also treated with warfarin.17

Most authors agree that there is no need to stop or alter anticoagulant treatment for minor oral surgery procedures when INR levels are below 4,16,18 as hemostasis can be achieved with the use of proper local measures.18 However, if the patient's INR is not in the therapeutic range, the dentist should bring this matter to the attention of the patient's physician for possible adjustment and clearance before attempting any treatment.

Several recommendations have been made to control bleeding during dental procedures. Appointments should be made both early in the day to allow time to control any immediate bleeding and early in the week to manage delayed bleeding problems that may occur 1–2 days post extractions. The use of local measures, such as pressure with gauze and suturing, should be sufficient to control bleeding.18 Hemostatic dressings, such as oxidized regenerated cellulose (e.g., Surgicel, Ethicon, Somerville, NJ), gelatin sponges (e.g., Gelfoam, Pfizer, New York, NY) and fibrin adhesives (e.g., Tisseel,  Baxter Corporation, Mississauga, ON) have been shown to improve clot formation.17 The use of 4.8% tranexamic acid and 25% epsilon amino caproic acid mouthwashes has also been recommended to reduce the risk of bleeding.19

For minor oral surgery procedures, there is usually no need to stop or alter anticoagulation or antiplatelet therapy. Dentists should be aware of their patients' medical condition and have the knowledge and means to provide optimal care.