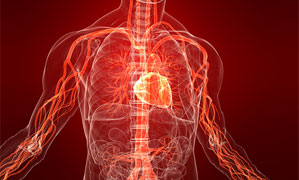 Since the publication of the United States Surgeon General’s Report, Oral Health in America,1 interest in determining whether there is a link between oral health and overall health and disease has increased. Mounting evidence suggests that this is indeed the case, particularly regarding periodontitis and overall health condition.

However, studies of such associations are numerous and, in some cases, not thorough enough to show a definite association with periodontitis. To address this problem, we recently summarized the literature,2 focusing on studies with the highest levels of evidence—systematic reviews and meta-analyses of observational studies and high-quality randomized controlled trials—to identify, more reliably, disorders associated with periodontitis. The best evidence to date points to statistically significant, albeit in some cases modest, associations between periodontitis and cardiovascular disease (CVD); diabetes; pre-term, low-birth-weight pregnancies; and respiratory diseases. Given this syndromic association, we propose the coining of a new term or concept, “periodontal syndrome,” to describe the interrelations between periodontitis and these other conditions.

The word “syndrome,” derived from the Greek word meaning “running together,” refers to the association of several clinically recognizable features and conditions of different diseases that are observed by a health care provider (signs) or reported by a patient (symptoms). As these characteristics often occur together, the presence of one should alert the health care provider to the increased probability that the other(s) will be present as well.3

Based on our literature review,2 we suggest that CVD, diabetes, adverse pregnancy outcomes and respiratory diseases constitute evidence of the presence of periodontal syndrome. A syndromic relationship in no way implies a causal association among the various conditions, but only that, when one component of the syndrome is present, there is a likelihood, beyond chance, that the other components might also be present. Thus, as discussed further below, when, for example, periodontitis is identified in a patient, the practitioner should be aware that the other conditions could be present and advise the patient to seek advice from a relevant health care practitioner when warranted, i.e., in the presence of  additional risk factors such as obesity and smoking.

What Does the Syndromic Nature of Periodontal Disease Mean for Patients and Practitioners?

Periodontitis is the first indication of the presence of periodontal syndrome. Health practitioners who recognize this syndrome and identify periodontitis in a patient will be aware of the increased probability that the patient is at risk of developing other medical conditions (outlined below) or exacerbation of those conditions. The clinician should know that a patient with periodontitis has an increased risk for the presence or development of 4 other conditions described in the accompanying review, i.e., CVD, diabetes, respiratory disease and adverse pregnancy outcomes.2 Armed with this knowledge, the clinician can advise a patient to seek care for these conditions or, at least, seek a medical evaluation if he or she has not done so for more than 5 years or, especially, if the patient has other risk factors, including but not limited to obesity, smoking and increased age.

What Screening Tools Can Clinicians Use to Identify the Risk of Conditions Syndromic with Periodontal Disease?

Once periodontitis is identified, the most important tools clinicians have for further screening for other conditions are the patient’s medical history and risk-factor profile. Certain questions in the medical history can be expanded when periodontitis is demonstrated. For example, a patient with severe periodontitis and excessive plaque could be asked whether he or she has experienced several bouts of pneumonia over the last several years. Along the same lines, additional enquiry relating to diabetes would include questions about weight loss or gain, thirst and urinary frequency, especially if the patient presents with other risk factors, such as obesity or increased waist circumference.

Given the potential bidirectional relationship between diabetes and periodontitis, if a patient is already known to have diabetes, additional questions about how well the disease is controlled are in order, especially if the patient’s periodontal condition has been stable for years but suddenly reactivates. This information could lead to additional medical assessment.

What Will the Clinician Do with the Gathered Information?

Despite the association with other diseases, the term “periodontal syndrome” could be considered to represent thinking that is skewed toward looking at this issue from an oral health perspective only. However, it has also been shown that patients with arthritis (rheumatoid or osteoarthritis) have increased risk for the development of CVD4,5 and periodontitis.6,7 Similarly, there are probably also relations between inflammatory bowel disease and CVD8 as well as periodontitis.9

Thus, the real issue appears to be inflammatory load10 and how this predisposes those with an inflammatory condition to other such conditions. It might be more appropriate to refer to the concept more generally as “inflammatory syndrome” rather than periodontal syndrome (otherwise, why not arthritis syndrome, for example?). In this way, clinicians from any health care discipline would recognize and act on the presence of this condition as described above for periodontal syndrome. From the oral health care perspective, the syndrome should probably be referred to as “inflammatory syndrome (periodontal),” which allows other disciplines to apply the concept equally. However, to establish this principle completely, it will be necessary to perform meta-analyses and systematic reviews with regard to associations between the other non-oral diseases, as has now been done for periodontitis.