Everything changed for the citizens of Lac-Mégantic, Quebec, on July 6. In the early morning hours, a train from the Montreal, Maine & Atlantic Railway Corporation derailed in the middle of downtown, causing a convoy of tank cars full of crude oil to explode. The resulting fire destroyed the very heart of the small municipality, and killed 47 people.

Coroners and pathologists often turn to forensic odontologists to identify the victims of such catastrophes, as teeth are relatively resistant to fire and many other traumas. In situations where a great deal of physical evidence has been destroyed by flames, heat and water, dental records can prove to be precious tools for identifying the victims.

A comparison of antemortem and postmortem data can lead to one of four scenarios.

In the days and weeks following the tragedy at Lac-Mégantic, a team of 5 Quebec odontologists offered its expertise to the process of identifying the charred bodies of the victims. “We mainly used radiographs from the dental records of the missing in order to compare them with radiographs taken of the human remains found at the site of the explosion and fire,” says Dr. Sylvain Desranleau, a specialist in forensic odontology at the forensic sciences and pathology laboratory (LSJML) of the Quebec Ministry of Public Security.

Very few other investigative elements led to the identification of the bodies. “Identification documents or personal items are sometimes found on the body, or it may have tattoos that facilitate identification. We can then assume the identity of the victim until such time as there is formal identification,” explains Dr. Desranleau. However, in this case, the fire destroyed much of the physical evidence—hence the crucial importance of comparing dental records.

The dentists from the forensic odontology laboratory worked relentlessly, devoting more than 12 hours a day for a little over 2 weeks to the task. They managed to maintain their team spirit despite their fatigue and the pressure that weighed on them. “Our shared desire to try to identify as many bodies as possible is what drove us,” says Dr. Desranleau. “More than anything, we wanted the families to be able to grieve.”

At the time of publication, 39 victims have been officially identified by the coroner's office.

The Lac-Mégantic tragedy is the worst the team has ever worked on. Dr. Desranleau admits it was not easy to separate his professional life from his private life during the weeks of identifying the remains. “The most difficult part was maintaining the separation of work and family. How could we not think of the victims and the investigation? Such tragedies are inevitably disturbing.”

Working in such close proximity to death, especially when it strikes unexpectedly, can change one’s outlook on life. “Life is very fragile and can be very short. It’s important to enjoy every moment of it,” concludes Dr. Desranleau. 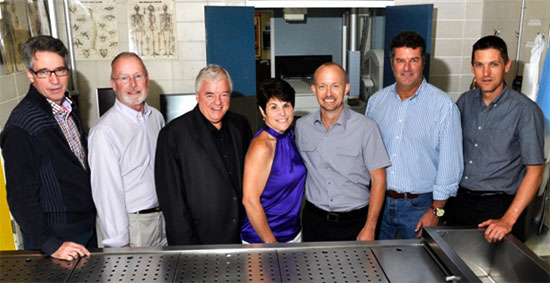