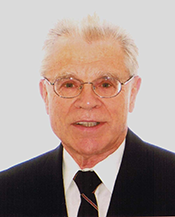 Dr. Smith was also a founding member of the university’s Institute of Biomaterials & Biomedical Engineering. His research achievements include the invention of polycarboxylate cements to chemically bond materials to tooth structure and the development of acrylic cements for the fixation of hip prostheses.

Dr. Smith chaired the ISO committee on dental standards (ISO/TC 106) from 2000 to 2005. “As chair of TC 106, Dennis was compassionate, understanding and knowledgeable in dealing with consensus discussions,” remembers Dr. Derek W. Jones, current committee chair. “We have lost a great man—a wonderful colleague and friend who will be deeply missed.”

Several organizations recognized Dr. Smith’s tremendous contributions to the profession and biomaterials sciences. He received honorary doctorate degrees from four different universities—Toronto, McGill, Dalhousie and Manchester—and was granted CDA’s Honorary Membership in 2006 and Distinguished Service Award in 1995. In 2007, Dr. Smith was appointed to the Order of Canada.

Dr. Smith is survived by his wife of 59 years, Eileen, and their six children, Christopher, Frances, Hilary, Gregory, Helen and Dominic. 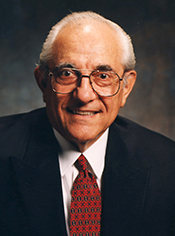 On February 22, 2014, CDA’s first and only chair emeritus Dr. Nicholas (Nick) Mancini of Hamilton, Ontario, passed away at the age of 92.

“Nick was a true gentleman and a diplomat and he always had the best interest of the profession in mind,” recalls Dr. Kevin Roach, CDA president in 1989–90. “I consider Nick to be the epitome of a dental leader as well as a mentor.”

Dr. Roach recalls that Dr. Mancini’s outgoing personality and political relationships greatly helped Canadian dentistry during times when several key issues were at play. But it was the personal touch that made Dr. Mancini so successful.“He could relate to all sorts of people; listen to them, make them feel comfortable. When Nick would chair a meeting, he always found a way of bringing it into line and getting things accomplished,” says Dr. Roach. “Nick may have been small in stature, but he was a giant in dentistry.”

Dr. Mancini earned his dental degree from the University of Buffalo in 1948 and was an accomplished dentist for 63 years. He received several awards for his contributions to the profession, including CDA’s Honorary Membership, Academy of Dentistry International’s Honorary Fellowship, Ontario Dental Association’s Barnabus Day Award and Pierre Fauchard Academy’s Elmer S. Best Memorial Award.

Dr. Mancini is survived by his three children, Michael, Nicholas and John Patrick.