Discrimination and Access to Dental Care: What Can the Dental Profession Do? 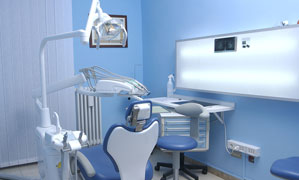 Canadians view equality and social solidarity as fundamental societal values when it comes to their health care system.1 Although most professionals uphold these values in their day-to-day practise, some may ignore or even scorn them at times. This article aims to raise awareness among oral health professionals about discrimination and explore how it might manifest within the dental profession.

Our objectives in this article are to: 1) give examples, in reference to two social groups, of discriminatory practices that hinder access to dental care services; 2) explore how these practises may stem partly from dentists' lack of knowledge and/or prejudices; and 3) encourage the dental profession to mobilize in the fight against discrimination and the prejudices underpinning it.

Discrimination affects numerous social groups, and particularly visible minorities. It takes place in different contexts and circumstances of everyday life, such as when attempting to enter the job market,3 searching for housing,4 or accessing public transport.5

Unfortunately, the health care arena is not exempt of discrimination. Studies have indeed shown that discrimination impacts and hinders access to medical and dental care for several groups, including immigrants and aboriginal people.6,7 In this article, we focus on people living with HIV and those receiving social assistance. In a recent study conducted in Montreal, 4% of dental clinics denied care to HIV-positive patients.8 Among the clinics accepting these patients, 10% imposed specific conditions, such as asking patients to make end-of-day appointments due to antisepsis concerns.8

The situation of individuals receiving social assistance seems to be of greater concern. Studies show that a majority of American dentists do not accept these patients in their clinics.9 Similarly, 39% of dentists in France admitted refusing to treat social assistance recipients.10 Even though statistical data on the subject is lacking in Canada, qualitative research into dentists' experiences and perceptions of publicly insured patients are cause for concern. One qualitative study showed that dentists in Quebec expressed high levels of frustration with people on social assistance and were reluctant to treat them.11

These various forms of discrimination are most disturbing, given that they affect groups that are disproportionately plagued with oral disease, notably social assistance recipients.12 Individuals living with HIV are at higher risk of suffering from various oral health pathologies, some of which may potentially lead to major health problems.13,14

In addition to its potential negative impact on oral health, discrimination can have multiple harmful consequences for patients and dentists. It may undermine personal dignity, cause humiliation, or trigger feelings of being misunderstood, diminished or considered negatively. Discrimination may also contribute to "vicious cycles." Some studies have demonstrated that the fear of being stigmatized15 or anticipating that discrimination may occur16 can prevent some individuals from seeking the care they need. Finally, discrimination can also tarnish the image and reputation of the dental profession.

Prejudice and Ignorance of Others

There are multiple reasons or circumstances in which health professionals may adopt discriminatory behaviours. For instance, studies have shown that discrimination can be linked to economic factors. Dentists may be reluctant to treat people receiving social assistance on the basis of burdensome administrative requirements and low public insurance reimbursement rates.17

Prejudice toward certain social groups may also lead to discriminatory practices. In the context of this article, "prejudice" refers to negative opinions that are often rooted in stereotypes or widespread societal myths.18 For instance, it has been shown that many French dentists believe the stereotype that the "bad, socially assisted patient" is nonchalant, disrespectful and unmotivated.19 The stereotype that people living with HIV are likely injection drug users or homosexuals is also still prevalent in today's society.20,21

Misunderstanding certain social groups contributes to sustained prejudice and negative stereotypes. For example, ignorance of the actual living conditions of those receiving social assistance perpetuates the belief that they are self-indulgent and lazy.18 For people living with HIV, misunderstanding how HIV is transmitted may feed an irrational fear in others of catching the disease.

Lack of awareness and understanding of the real life experiences and fears of those being stigmatized also hinders the establishment of therapeutic relationships between patients and health professionals. A recent study in Montreal indicates that a significant number of people living with HIV feel uncomfortable, or even fear, disclosing their HIV-positive status to dental staff.8

Discrimination that compromises access to care is morally unacceptable as it goes against the Canadian values of equality, justice and social solidarity. It is also unacceptable from a public health standpoint as it affects individuals whose health care needs are often greater than those of the socially advantaged.22 It infringes one's right to equality and may give rise to legal sanctions as laws in Quebec and Canada prohibit discrimination.23,24 Furthermore, the Quebec Charter of Human Rights and Freedoms specifically prohibits discrimination based on handicap or social status.23

We call on the dental profession to mobilize and raise awareness about the prejudices associated with limited understanding of these social groups—which can lead to discriminatory practises. These topics must regularly be made the object of critical reflection and dialogue in the professional public arena. Efforts from academia, the research community, and professional and dental organizations to partner with groups at risk of discrimination can open such conversations. In fact, this article is the result of discussions between researchers at McGill University and University of Montreal and an AIDS/HIV human rights advocate—discussions that led to the identification of access to care barriers common to two social groups.

In the realm of dental education—whether undergraduate or continuing education—, deep-seated prejudices and negative views about certain groups of patients may be addressed through alternative teaching strategies focused on transforming popular myths and beliefs.25 Narratives on access to dental care for marginalized communities and critical reflection and direct contact with representatives from those groups are part of the undergraduate curriculum in various parts of Canada, such as Quebec and British Columbia, and are examples to follow.26,27

Finally, we encourage private clinics to offer a discrimination-free environment. Practice policies and procedures, whether related to appointment scheduling or treatment planning and delivery, should be adopted with consideration and concern for a patient's fundamental human rights.