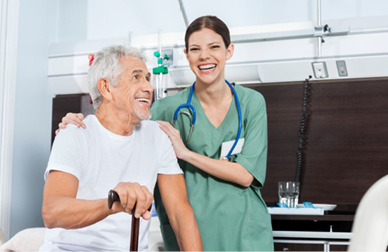 Purpose: This study aimed to examine the oral health status of seniors residing in Providence Health Care (PHC) long-term care facilities in 2002 and 2012.

Methods: Staff dentists with the University of British Columbia Geriatric Dentistry Program made a complete oral health assessment of 799 elderly residents of 7 long-term care PHC facilities in 2002 and 381 residents in the 5 remaining PHC facilities in 2012. The 2012 data were divided into those for 275 residents who had received treatment in previous years and 106 new residents. All consenting residents were examined by dentists using the clinical oral disorder in elders (CODE) index detailing their medical and oral health status and medications. On completion of the oral health assessment, the dentist documented the need for specific dental treatment and reassessment.

Conclusions: The profile of long-term care residents who consented to an oral health assessment changed over the first decade of the new millennium, with an increase in mean age and number of prescribed medications, number of retained natural teeth and the need for dental hygiene services, but a decrease in the need for extractions.

The risk of tooth loss has been decreasing over time as a result of improved access to oral health care, an increasing interest in personal mouth care (brushing and flossing of teeth) and the use of fluoride.1-3 This has allowed people to retain their natural teeth later in life, especially in economically developed countries.4-7 The prevalence of caries among Canadian adults has decreased substantially over the last quarter century7; however, older adults are increasingly prescribed medications,8,9 and nearly two-thirds of the most commonly prescribed medications suppress saliva production, which substantially increases the risk of dental caries.10,11 There is evidence that people increase their consumption of sugar as they age,12 which also elevates their risk of dental caries13,14 and subsequent tooth loss. The oral health of older adults can deteriorate rapidly as a consequence of the frailty accompanying physical and cognitive decline in advanced old age.15,16

In 1999, PHC approached the university to provide dental services for their long-term care residents. The GDP was developed to address the demand for regular oral health assessments and access to dental treatment and prevention, including daily mouth care. Funding for the initial and annual follow-up oral health assessments was provided by Vancouver Coastal Health Authority. Determining oral health status is essential to identify residents with natural teeth and dental prostheses to allow individualized daily mouth care by staff. It is also critical in identifying residents with oral infections (odontogenic infections, candida albicans infections, dental caries, periodontal infections), inflammatory conditions (gingivitis, periodontitis and denture stomatitis) and other conditions (trauma and oral cancers) for timely dental treatment, thus reducing emergency care and transfer to hospital emergency departments. The cost of dental treatment and hygiene provided by the GDP was covered by the patient, dental insurance, family and/or public trustee. The care was provided bedside with portable dental equipment, at 2 hospital-based dental clinics (Providence Health Care Hospitals) or at the University of British Columbia dental clinic.

The GDP initially worked with 7 PHC facilities, but that number was reduced to 5 by 2012. In the Vancouver Coastal Health Authority, the estimated average stay at an LTC facility is 18 months; the GDP recommends examination of residents within 6 weeks of admission and yearly thereafter. The GDP has tracked admissions and has had access to medical and dental records since 2002. An oral health assessment tool, clinical oral disorder in elders (CODE) score,17 was used in developing, implementing and assessing the GDP comprehensive dental program after 1 and 5 years.18,19

Over time, the GDP dentists, dental hygienists and administration noticed a change in the resident population served under the program. Reviewing internally generated reports showed that residents have become older, more medically complex and retaining an increasing number of teeth over the past decade. This study aims to clarify changes in the oral health status of LTC residents over 10 years.

We used cohort data previously reported in 200218 for 799 elderly residents of 7 LTC facilities, who had complete initial CODE oral health assessments carried out by the GDP. All GDP patients receive an annual oral health assessment using the same CODE tool, allowing for comparison over time. A cohort of 381 elderly residents of the remaining 5 LTC facilities from 2012 was used for comparison; none of the 2002 residents was available (likely due to death) to be included in the 2012 cohort. The 2012 data were further divided into 275 residents who had previously received dental care through the GDP and 106 newly admitted residents receiving an initial examination.

The CODE oral health assessment is an Access database (Microsoft Corp. Redmond, Washington, USA) that guides the clinician through a systematic examination.17 Clinical information, such as medical conditions, medications, jaw function, denture quality, oral mucosal status, periodontal health and tooth status are included. Coronal and root caries were diagnosed using a visual–tactile approach with a front surface mirror and no. 5 caries explorer; individual teeth were scored as having no caries, caries or caries involving the pulp. Health of the gingiva and periodontium were assessed by bleeding on periodontal probing, periodontal pocket depths ≥ 5.5 mm, suppuration on probing and teeth with class III mobility.

The attending dentist used the CODE score and other clinical information from the medical record to diagnose diseases and conditions. No radiographs were taken during the assessment. The dentists determined treatment needs (dental hygiene related treatment, denture related treatment, restoration and extraction), location for care and urgency.

All of the dentists working with the GDP received a half day of CODE training with patients from 1 of the authors. No intra- or inter-examiner reliability analyses were performed because of the difficulty and inappropriateness of performing multiple oral assessments on frail elderly residents.

The Statistical Package for the Social Sciences (SPSS) was used to analyze the data. Descriptive statistics were used to present the results as means and standard deviations (SD) of the variables measured. Independent samples t tests were used to test for significant differences between mean values. A χ2 test was used to test for significant differences between proportion values. The 5% level of probability was considered significant for all statistical tests in this study.

The use of clinical records to extract data for analysis conformed to guidelines of the University of British Columbia Behavioral Research Ethics Board, which approved this research (reference no. H15-02348).

The 24% prevalence of edentulism reported in this study was markedly lower than the results of other studies.20-24 The Canadian Health Measures Survey (CHMS), which investigated overall health status, including dental health, in 1093 community-dwelling Canadians aged 60–79 years in 2007–2009, reported that 21.7% were edentate,7 which was only slightly lower than our report of 24% for 86-year-old LTC residents in 2012. The CHMS study reported that the mean number of teeth among 60–79 year-olds was 19.4 compared with our 16.9.7

The percentage of residents with natural teeth who had periodontal disease (pocket depths ≥ 5.5 mm or signs of infection) was higher in 2002 (86%) than in 2012 (79%). A survey of elderly Nova Scotians also reported a high prevalence of severe periodontal disease: 66% of LTC residents had moderately or severely inflamed gingiva, 36% had gingival recession and 36% had deep periodontal pockets.24 Based on the results of the CHMS,7 the proportions of older adults (60–79 years) residing in the community who had bleeding on probing and periodontal pockets > 4 mm were 23% and 30%, respectively. Treatment and prevention of gingivitis and periodontal disease continue to be a challenge for older adults both in the community and LTC, especially with their increasing number of retained natural teeth.

The challenge for nursing staff to provide daily mouth care to frail elderly LTC residents has been well documented.27,28-31 Residents with cognitive impairment pose a particular problem in terms of brushing teeth, let alone interdental cleaning.32-34 In our study, 38% of residents had dementia and 30% were affected by strokes. This high dependency on assistance for daily mouth care explains the reason for the high proportion (69%) of residents in our study who were recommended for dental hygiene treatment in 2012. Among newly admitted residents, this percentage was even higher (80%), likely reflecting neglect of self-care over a number of months or years before admission and the increased dependence on care and increased comorbidity on admission compared with 10 years earlier.

The provision of much needed dental care and dental hygiene services has become considerably more challenging in LTC settings over the years because of an increase in mean age and number of prescribed medications, number of retained natural teeth and comorbidities. It takes an experienced dental team to provide care in consultation with family, nursing staff and medical specialists.

The education and clinical training of dental professionals with respect to caring for the frail older adult must be addressed. Universities and colleges should supplement their curriculum to include geriatrics for all dental students, dental specialty students (especially dental specialists in prosthodontics) and dental hygiene students. Government funding for comprehensive dental programs to serve frail older adults residing in LTC settings and those who receive care services at home must be considered to improve their oral health.

A limitation of this study was that only those residents consenting to an oral health assessment by the GDP in a single urban hospital group were included. Edentulous residents and those not perceiving a need for dental care are likely underrepresented. In terms of analysis, data generated by multiple dentists is problematic without inter- or intra-operator reliability. However, the use of a systematic oral health assessment tool, such as CODE, might have helped to address some variability.

The profile of LTC residents consenting to an oral health assessment has likely changed over the first decade of the new millennium, with an increase in mean age, number of prescription medications, number of retained natural teeth and need for dental hygiene services, but a decrease in the need for extractions.

Acknowledgements: We wish to thank Ms. Shunhau and Mr. Wei Zhang for their invaluable help in compiling the clinical data for analysis.