Endodontics-Related Paresthesia of the Mental and Inferior Alveolar Nerves: An Updated Review 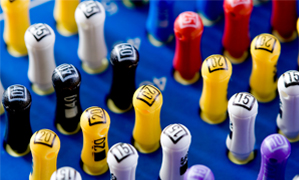 Paresthesia is a burning or prickling sensation or partial numbness resulting from neural injury. Paresthesia resulting from periapical pathosis or various stages of root canal treatment is of great importance in the field of endodontics. The purpose of this paper is to review paresthesia caused by periapical lesions, local anesthesia, cleaning, shaping and obturation.

Sensory disturbances such as paresthesia, anesthesia, hypoesthesia and hyperesthesia may occur in the oral cavity. Paresthesia is defined as a burning or prickling sensation or partial numbness caused by neural injury. Patients have described it as warmth, cold, burning, aching, prickling, tingling, pins and needles, numbness and formication (itching in the absence of stimuli).1-3

In dentistry, paresthesia can be caused by systemic or local factors. Multiple sclerosis,4,5 sarcoidosis,6 metastasis,7 viral and bacterial infections,8,9 leukemia and lymphoma10 are some of the systemic disorders that may cause orofacial paresthesia. Local factors include traumatic injuries, such as mandibular fractures, expanding compressive lesions (benign or malignant neoplasia and cysts), impacted teeth, local infections (osteomyelitis, periapical and peri-implant infections), iatrogenic lesions after tooth extractions, anesthetic injection, endodontic therapy (overfilling and apical surgery), implantology, orthodontic surgery and preprosthetic surgery. The purpose of this paper is to review the endodontics-related causes of paresthesia: periapical infections, overfilling and apical surgery.11

Diagnosis of neural anesthesia or paresthesia requires an accurate patient history to determine the onset of the sensory alteration and its evolution. Examination of the affected area can be carried out using thermal, mechanical, electrical or chemical tests that elicit subjective responses.12 A more objective test is based on electrophysiologic analysis of the nerve. Radiographic and neurophysiologic screening are also required.13 Radiographic measures may also be helpful in determining the cause of paresthesia. In addition to periapical and panoramic radiographs, a computed tomography (CT) scan will be helpful in displaying small structures and revealing their spatial relations in 3 dimensions.14

In cases of nonpersistent episodes of nerve irritation, paresthesia should resolve within days or weeks as the cause is removed.

The anatomy of the IAN is more complicated than previously thought; paralleling the alveolar artery, it divides into subcanals forming a sort of plexus. Moreover, the neurovascular bundle has been shown to be in contact or close to the lingual cortical plate between the mandibular and mental foramina.18

Paresthesia due to periapical lesions may be caused by mechanical pressure and ischemia associated with the inflammatory process (edema), local pressure on the mental nerve resulting from accumulation of purulent exudate in the mandibular bone as well as the toxic metabolic products of bacteria or the inflammatory products released with tissue damage. The expanding infectious process and the associated edema can cause pressure on the nerve fibres severe enough to induce the symptoms of paresthesia. A subsequent hematoma can also cause sufficient pressure on the nerve fibres to induce paresthesia.21

Anesthesia that persists for days, weeks or months following injection of local anesthetic solution signals a potential problem. Injection of local anesthetic solutions contaminated by alcohol or sterilizing solution may produce irritation resulting in edema and increased pressure, leading to paresthesia. Alcohol, especially, is neurolytic and can produce paresthesia lasting for months to years. Another factor to consider is trauma to the nerve sheath by the needle. In these cases, the patient reports the sensation of an electric shock. Hemorrhage into or around the neural sheath may increase pressure on the nerve and lead to paresthesia.22

According to Rowe,23 the IAN can be directly damaged during root canal preparation because of overinstrumentation. Grossman24 found that repair of mechanical damage to the IAN by scarring can cause immediate but temporary paresthesia. Furthermore, excessive preparation of the root canal often results in disruption of the apical constriction,25 which in turn, is responsible for extrusion of irrigants, medicaments and obturation materials (gutta-percha and sealer) into the periapical region and subsequent chemical and mechanical nerve injury.26

Another potential cause of paresthesia is the irrigation solution, especially sodium hypochlorite (NaOCl), used during cleaning and shaping. Inadvertent injection of NaOCl beyond the apical foramen may occur in teeth with wide apical foramina or when the apical constriction has been destroyed during root canal preparation or by resorption. In addition, extreme pressure during irrigation or binding of the irrigation needle tip in the root canal leaving no room for the irrigant to leave the root canal coronally may result in large volumes of the irrigant contacting apical tissues. If this occurs, the excellent tissue-dissolving capability of NaOCl will lead to tissue necrosis.27

Becking28 has presented 2 cases of NaOCl injection into the periapical soft tissues. In the first, NaOCl of unknown concentration was extruded through the apical foramen of a mandibular left second molar with a perforation at the cementoenamel junction, resulting in progressive swelling of the left side of the face extending to the patient's neck. After 1 day, necrosis of the mucosa and anesthesia of the mental nerve were apparent. With antibiotic and analgesic therapy, pain and swelling diminished after 5 days, paresthesia of the nerve resolved after 10 days and healing of the mucosa occurred in 2 months. In the second case, apical overextrusion of NaOCl occurred during root canal preparation of a mandibular left second premolar resulting in severe pain, swelling and anesthesia of the mental nerve. Hulsmann and Hahn,27 as well as Gernhardt and colleagues,29 have questioned the use of NaOCl during root canal irrigation of mandibular molars and premolars.

Another possible inadvertent complication of root canal treatment of mandibular premolar and molar teeth with apical periodontitis is the extrusion of infected debris into the mandibular canal or mental foramen. All hand and rotary instrumentation techniques potentially extrude debris and bacteria beyond the root canal.30 According to Morse,21 this infected debris might breach the protective perineurium of the IAN and impair nerve conductivity.

Root canal irrigants, intracanal medicaments and filling materials should be limited to the root canal and not extend to periapical tissues or other neighbouring structures.31 Root canal filling materials, including gutta-percha and sealers, can induce paresthesia via mechanical or chemical mechanisms.32 Their spread beyond the apical foramen can result in clinical manifestations related to the toxicity of the product, although minor material extrusions are generally well tolerated by the periradicular tissues.33 When the filling materials come into contact with nerve structures, the toxic effects can manifest in the form of anesthesia, hypoesthesia, paresthesia or dysesthesia that may prove irreversible.34

Gutta-percha is the most common solid root canal filling material.35 Gutta-percha cones generally contain 20% gutta-percha, 60%–70% zinc oxide, plasticizing agents (waxes and resins), barium sulfate, colouring agents and trace metals. Gutta-percha has a low level of toxicity, which makes it a material of choice in endodontic treatment.35 Thus, the passage of a gutta-percha cone beyond the apex rarely causes paresthesia.36 Indeed, the cone tends to deform without compressing the nerve or artery.

In addition, it is a relatively inert material that causes no lesions of chemical origin if it contacts the neurovascular bundle.32 Gutta-percha has been evaluated in various cell culture systems and found to elicit no or low cytotoxicity, although cytotoxic effects varied among brands.37 However, depending on the gutta-percha product used, in vivo studies in both soft and hard tissues resulted in reactions varying from none to chronic inflammation. The observed inflammation may have been induced by anti-oxidants and oxides associated with the gutta-percha compound.37 Systemic reaction to gutta-percha products has not been reported.36

Another potential cause of paresthesia is root canal sealer. Paresthesia caused by sealers is mainly of chemical origin.37 Zinc oxide and eugenol-based sealers are among the most commonly used in endodontic treatment. Toxicity is mainly due to eugenol,31,36 whose neurotoxic effect and its involvement in paresthesia or anesthesia when in direct contact with the IAN has been demonstrated.38 Ozeki39 reported that a concentration of 200 ppm eugenol can anesthetize crayfish. Trowbridge and colleagues40 showed that freshly mixed zinc-oxide eugenol inhibits intradental nerve activity.

Calcium hydroxide (Ca[OH]2)-based sealers are also common. Boiesen and Bodrin41 found that they caused irreversible nerve damage in an experimental model, and this was confirmed in clinical studies.42 Ahlgren and colleagues43 reported a case in which extrusion of a large amount of a Ca(OH)2-based sealer into the periapical area and near the IAN caused paresthesia due to mechanical compression.

Regarding thermal nerve injury, Blanas and colleagues44 reported a case of paresthesia caused by apical extrusion of gutta-percha following obturation of the root canal with a thermoplastic technique. This method of obturation, described by Schilder,45 can, in fact, cause paresthesia if used after excessive root canal preparation.46 Paresthesia results from overheating of the inferior alveolar artery or nerve.44 The temperature for softening thermoplastic gutta-percha ranges from 53.5° to 57.5°C47 but intracanal temperatures of 50–100° C have been reported.46 Because temperature elevations of as little as 10°C can cause bone damage and necrosis48 and nerve tissue is thought to be even more sensitive to thermal insult than bone,46 the mechanism of nerve injury is understandable with overfill or overextension of thermoplastic gutta-percha into the inferior alveolar canal.

In cases of nonpersistent episodes of nerve irritation, paresthesia should resolve within days or weeks as the cause is removed. Infection-related paresthesia subsides after appropriate nonsurgical endodontic therapy.11,21 Paresthesia related to local anesthesia resolves within approximately 8 weeks without treatment.22

Long-term or even permanent paresthesia can result in cases of nerve fibre laceration, prolonged pressure on the nerve or contact with toxic overfilled endodontic materials.10 The immediate therapy should be based on removal of the cause (when possible) and control of inflammation, edema, hematoma or infection. Drugs for such therapy include antibiotics, nonsteroidal anti-inflammatory drugs and corticosteroids, proteolytic enzymes to disintegrate the coagulum and vitamin C, which has antioxidative action and reduces the effects of ischemia.

During the reparative phase (within 30 days of the damage), both pharmacologic and instrumental methods can be used. Drugs include topical steroids, cocarnitine, somatotropic hormone, nerve growth factor, vitamins C and E (antioxidative), vasodilators (to reduce ischemia) and ozone, which improves the activity of red corpuscles and increases tissue oxygenation.11,49 Instrumental therapy includes magnetotherapy, laser therapy and application of electrical fields. In a late phase, when repair is no longer possible, the pharmacologic approach is limited to the treatment of persistent neuralgia.49

Another approach to managing paresthesia is surgical intervention. Although studies of IAN repair are limited, some have reported acceptable patient response to surgical treatment. In 1 study, the overall postoperative satisfaction of more than 55% of patients receiving surgical repair for inferior alveolar and lingual nerve injuries was good to excellent.50 Strauss and colleagues51 found that 92.2% of patients who underwent IAN microsurgery had statistically significant neurosensory improvement.

According to Zuniga,52 better treatment outcomes are achieved if mental nerve paresthesia is treated as early as possible. On the other hand, Gregg53 stated that, because most IAN injuries are known to resolve spontaneously, there is no conclusive evidence that early intervention is better than delayed nonsurgical management (more than 3 months after injury).

There seems to be a correlation between duration, origin, significance of the injury and prognosis of paresthesia. The longer the mechanical or chemical irritation persists, the more the nerve fibres degenerate and the greater the risk that the paresthesia will become permanent.32