Student representatives from Canada’s 10 dental schools convened in Ottawa recently to form a new federation that promises to enhance the student experience in the dental profession.

The inaugural meeting of the Federation of Canadian Dentistry Student Associations (FCDSA or the “federation”), held in Ottawa in June, was organized by CDA and funded by CDSPI. CDA will continue to host the secretariat for the federation and provide ongoing administrative support.

The federation’s mission, as stated in its newly approved bylaws, is to “connect dentistry students in order to foster the sharing of common interests and challenges, advocate as a unified national student voice for the promotion of accessible, optimal dental education and patient care, and provide an avenue to introduce and involve students in organized dentistry.”

One of the federation’s first priorities will be to increase awareness of the federation among dental students. A committee will determine strategies for communicating with students about the federation’s goals and how to bring forward any issues or concerns. All Canadian dentistry student associations are eligible for membership in the federation, which will hold an annual general meeting each year. 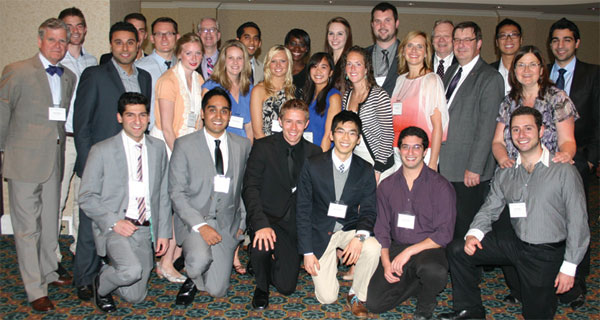