Falling Short in Organized Dentistry: A Call for Increased Diversity 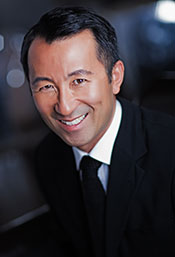 The face of Canada has changed and so too have its dentists. When I completed my DMD degree at the University of British Columbia in 1989, my class of 40 students had 7 women (17.5%) and 13 (32.5%) visible minorities. I now teach at the University of Toronto where the DDS class of 2013 is far more diverse: women account for almost 60% of the class and South Asian and Chinese names predominate. Many of the students are also the first generation in their family to be born in Canada.

The demographic changes in Canadian dental faculties should come as no surprise. We witness these changes in the intake of first-year students and in fourth-year classes with foreign-trained dentists completing a qualifying program. Dentistry students are simply reflecting the Canadian population. In 2012, women (50.4%) slightly outnumbered men in Canada.1 In 2011, about 1 out of every 5 people (19.1%) was a visible minority2 with South Asians (e.g., East Indian, Pakistani, Sri Lankan) or Chinese representing the largest visible minority groups. Between 2006 and 2011, the visible minority population in Canada grew by 23.6%.2

The diversity we have seen for a generation in Canadian dental school graduates has not, however, translated into the leadership of organized dentistry. Some institutions still appear to be bastions of middle-aged, white men. Where are the women leaders? Are there not enough women to fill leadership roles in organized dentistry? According to CDA, women currently represent 32.3% of Canadian dentists and roughly 55% of all Canadian dentists under 30 years old. Yet, since 1902 only 1 woman has ever held the title of CDA president. Unbelievably, other Canadian dental organizations have even worse records!

I am not a proponent of affirmative action; I believe that a job should be given to the most qualified individual. In organized dentistry, it’s hard to fathom why this is so rarely a woman. Are women too engaged with family matters to participate in organized dentistry at the leadership level? It’s a plausible, but unconvincing, explanation. Are women not intellectually capable? Hardly—you only have to look at the grade point averages of women in first-year dental school for your answer.

This conundrum also begs many other questions—are women not as ambitious as men? Are women not mentored like their male counterparts? Is succession planning about finding the right man—rather than woman—for the job? Is there a glass ceiling in organized dentistry? Is organized dentistry an “old boys’ club”? Although we don’t have definitive answers, certainly these are questions to ponder.

As a member of many local, provincial and national dental organizations, I am paying more attention to how I am reflected in the leadership of these organizations. Otherwise, how do I know that the organizations I belong to share my interests? Do its priorities match my own and am I therefore being truly represented?

It is time that Canadian organized dentistry make a concerted effort to proactively identify, recruit and mentor some of the many bright, young women and visible minorities to fill leadership roles. Otherwise, dentistry’s institutions are in peril of becoming irrelevant among a professional membership that is becoming increasingly more diverse.

Professor Lam is president of the Canadian Academy of Oral and Maxillofacial Radiology. He is also the Dr. Lloyd and Mrs. Kay Chapman Chair in Clinical Sciences at the University of Toronto faculty of dentistry.