Shaping the Future of Global Dentistry 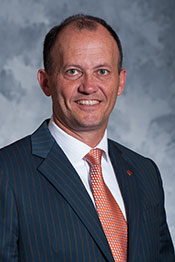 The end of summer is a busy time for many Canadians. It’s a time full of promise: children return to school, older children may be leaving home to attend university and some families close up cottages in preparation for the coming winter. Traditionally, it’s also been an important time for CDA because it marks the FDI Annual World Dental Congress. I was fortunate to lead the CDA delegation that attended this year’s Congress held in Istanbul, Turkey, from August 28-31.

In Istanbul, the FDI World Dental Parliament brought together national associations that collectively represent almost one million dentists worldwide. Decisions made by the FDI General Assembly have implications for the future of oral health care in Canada and the rest of the world. In particular, FDI policy statements influence the decisions of other international bodies, such as the World Health Organization, and are used by governments to shape oral health care policies.

As the national voice for Canadian oral health care, CDA continues to have an influential role at FDI. CDA made valuable contributions to the development of the 5 policy statements adopted by the General Assembly this year, in particular the statements on salivary diagnostics and Bisphenol A in dental restorative materials. CDA’s contributions—provided in advance of the Congress and during the Parliament—ensured that the policy statements were scientifically accurate and consistent with best practices in oral health care delivery.

Bringing together our international colleagues at the Congress allows for an understanding of the shared challenges facing our profession. It presents CDA with the opportunity to hold bilateral and multilateral meetings with the national associations of like-minded countries to discuss issues of common concern.

Comparing and sharing resources with dental experts from around the world enables us to learn from the experience of other countries that employ different treatment models and those with varying degrees of government intervention. These collaborations allow us to improve our understanding of major factors shaping the future of dentistry, such as mid-level providers, corporatization, government social programs and socialized dentistry. Other important issues, such as dental human resources, education, immigration and treatment programs for the elderly in long-term care facilities, were also discussed.

The 2013 Congress was particularly significant because CDA had the privilege of presenting and sponsoring a delegation from Afghanistan. The CDA delegation was pleased to be accompanied by Dr. Farzana Nawabi, the Afghanistan Dentists Association president, and its vice-president, Dr. Hasamuddin Alamyar. Helping to create a national dental association in Afghanistan and establish its membership in the FDI was the culmination of a year-long collaboration between our colleagues in Afghanistan, the Canadian Forces Dental Corps and CDA. Membership in FDI should help to strengthen the dental profession in Afghanistan. It was also viewed as a significant achievement in international circles and raised the profile of CDA at the Congress.

Advocacy at the international level can often be overlooked by practicing dentists. Yet my experience with FDI has shown that endeavouring to strengthen our profession through international collaborations presents a remarkable opportunity for achieving the collective goal of optimal oral health for the public. Indeed, the FDI Congress is also a time of promise for the global dental profession.