CDA and the Canadian Forces: an Enduring Connection 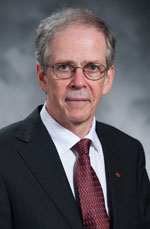 One of CDA's most historically significant and vital relationships is our close connection with the Canadian Forces (CF). For over 100 years, the two groups have worked closely together towards the shared goal of promoting optimal oral health to Canadians. This long-standing partnership endures to this day—as strong as ever.

In 1902, CDA urged the Canadian government to form a dental branch of the Canadian Army. As a result, 18 dental surgeons became the first dentists to serve in the Canadian Army in 1904. In response to an extraordinary demand for dental services that came with the outbreak of World War I, the Canadian Army Dental Corps (CADC) formed in 1915. Between 1915 and 1918, CADC performed over 2 million dental treatments for Canadian and British troops.

Although CADC disbanded in 1920, it was reformed in 1921 in response to a CDA recommendation. In 1939, CADC was redesignated as the Canadian Dental Corps (CDC). CDC was a permanent force that operated under the command of the CDA-nominated director of dental services, Dr. Frank Lott. Reorganization of Canada's military forces in 1968 led to the establishment of the CF Dental Services, informally known as the Dental Corps, a CF Branch that exists today.

Wherever CF soldiers, sailors and air personnel were deployed, CF dental elements supported them. More recently, Dental Corps personnel have been deployed as the primary line of operation on forensic, outreach, humanitarian and training missions. Nationally, CF dental officers provided an invaluable contribution to the oral health component of the Canadian Health Measures Survey by conducting oral examinations on over 6000 Canadians.

The Dental Corps, currently led by Colonel James Taylor as the CF director of dental services, maintains close ties with CDA. Col. Taylor is a voting member of CDA's General Assembly and Audit Committee, and has worked closely with CDA's delegation at the FDI World Dental Federation (FDI). Claude Paul Boivin, CDA's executive director, is the honorary colonel of 1 Dental Unit; he follows Dr. Claude Lamarche, chair of the Commission on Dental Accreditation of Canada, in that role. Colonel Kevin Goheen is the commanding officer of 1 Dental Unit.

Most recently, CDA and the Dental Corps have joined together in an exciting and ambitious international initiative. In collaboration with Dr. Peter Cooney, chief dental officer at Health Canada, and the Canadian International Development Agency, CDA and the Dental Corps are working to establish a mentoring program for Afghan dentists (civilian and military) and to help Afghanistan establish a national dental association and membership in the world dental community through FDI. In a country where oral health care, education, training and services are desperately required, CDA and the Dental Corps have a unique opportunity to support the growth of organized dentistry at its inception. This project could influence the evolution of Afghanistan's oral health care system and make a difference in the health and well-being of over 30 million people.

Strong ties persist between CDA and the Dental Corps—a tradition that we at CDA are proud to be part of. Our Canadian uniformed dental services are an integral part of the fabric of professional dentistry in Canada. On behalf of CDA, it is my privilege to recognize the women and men of our Dental Corps and wish them the utmost success in fulfilling their motto of Sanitas in Ore.