The Impact of Removing Fluoridation from Municipal Water Supplies in Canada: a Tale of Two Cities 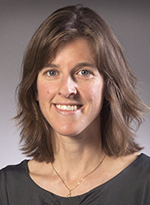 Questions about the effectiveness of municipal water fluoridation in preventing tooth decay have polarized scores of communities across Canada. A researcher from the University of Calgary, along with a team of experts in public health and dentistry, is aiming to enrich the debate by examining whether Calgary’s city council decision to stop fluoridating its water in 2011 has affected the oral health of children living in that city. Dr. Lindsay McLaren, associate professor in the department of community health sciences at the University of Calgary and president-elect of the Alberta Public Health Association, talked to CDA about her research project that will compare levels of tooth decay in young Calgarians to children living in Edmonton—a city where the drinking water supply is fluoridated.

CDA: Why do you think it’s important to conduct this study?

Dr. Lindsay McLaren (LM): Research on drinking water fluoridation as a public health intervention, on balance, supports the benefits of fluoridation for the prevention of tooth decay in populations. But things can change over time. So it’s important that we keep the literature up to date.

Drinking water fluoridation, because it affects the whole population, is potentially a very powerful intervention and that’s a big part of its appeal, or lack of appeal, depending on what side of the debate you’re on. If there’s a benefit that we’re now losing, we need to know this to inform future decision making. I’m not saying we’re necessarily going to see a benefit, but if it’s there we want to document it.

CDA: Why does the evidence on drinking water fluoridation need an update?

LM: Arguably, most of the research is from cases of fluoridation initiation—when communities start fluoridating their water— and its impact on oral health. There are far fewer studies on the discontinuation of fluoridation. Also, it’s important to consider the time and place of the studies. Unlike in the 1960s and 70s, we now have a greater number of sources of fluoride that we’re exposed to. And finally, the oral health profile of the population has changed. When fluoridation was first implemented back in the 1940s and 1950s tooth decay was almost universal among the child population and that’s not the case anymore. Tooth decay is still common, but not nearly as common as it was back when fluoridation started.

CDA: Who will your study be looking at?

LM: Our target population is children in grade 2. We picked this age group—around 7 years old—because, on average, children of that age have started to develop some of their adult teeth so it will allow us to examine both baby teeth and adult teeth in one age group. We’re doing oral health assessments, a visual-tactile exam conducted by registered dental hygienists that will take about 10 minutes per child.

There is also a questionnaire for the parents to complete. The questionnaire is really designed to tap into other determinants of oral health—aside from drinking water fluoridation— that we’ll take into account in our analyses.

CDA: What factors are being evaluated in the questionnaire for parents?

LM: Diet, oral health behaviours like brushing and flossing, visits to the dentist, whether they have dental insurance and what type, the primary source of drinking water, how long they’ve lived in their current home. And if a family has moved during the child’s life, what other communities have they lived in? We will also ask about sociodemographic information, like household education level, whether the home is owned or rented, median income of the census area where this child’s school is located, and ethnocultural background of the family.

CDA: How many children will be examined?

LM: For each city, we hope to examine several thousand from about 150 schools, so it’s quite a big sample size. We’re in Calgary and Edmonton schools for this entire academic year.

CDA: What do you expect your study will find?

LM: I honestly don’t know. I’m of course very, very curious. On one hand, I feel that the existing research literature, on balance, supports a beneficial effect of drinking water fluoridation on oral health. And so from that point of view, we might expect to see a decline in oral health in Calgary, reflecting the removal of fluoride from the water. But on the other hand, times have changed, and we can’t assume that findings from previous studies will show up in this time and place.

CDA: Do you think your work will influence the debates over fluoridating drinking water?

LM: Evidence is only one piece of why some people support or don’t support drinking water fluoridation. Our study is only speaking to the evidence aspect. That said, I don’t think it’s out of the question that the Calgary city council will look carefully at our results. I’m not sure what they would do with it, but I do think it would be an important piece of the discussion.

Permalink Submitted by Marc Racine (not verified) on Wed, 02/17/2016 - 12:37
Quite sickening how many variables left out of the cessation study. Not going to waste my time listing them all ... you full well know that your study is biased and not based on public health. Funny how no "doctor" "dentist" have ever explained how ingesting fluoride works it way through the blood stream and somehow makes one teeth better. Funny how it also works topically - what a wonder drug (or whatever it is) how amazing that it works 2 different ways. Yet never explained exactly how.

Value of Fluoridation of Water Supplies

Permalink Submitted by Tangential (not verified) on Thu, 02/18/2016 - 14:37
Find and read "Fluoride Deception" by a British journalist (or find a YouTube summary). What has happened to children's dental health in Japan since the Fukushima-Daichi nuclear catastrophe erupted in March 2011? Could increased levels of atmospheric nuclear contamination be a serious causal factor of increased levels of dental decay, especially in juveniles???

Adding the toxic compound Fluoride to our water supply.

Permalink Submitted by Con Boland CPA MPA (not verified) on Sun, 10/02/2016 - 02:57
What if, adding Hexafluorosilicic acid, an inorganic compound and a toxic waste byproduct from the Phosphate Industry (Fluoride) to our water supply would reduce tooth decay (it does not)and would reduce the IQ of the population by 3%, harden our peneal glands, cause bone issues, arthritis and poison life in our rivers where it eventually ends up... would you still do it?